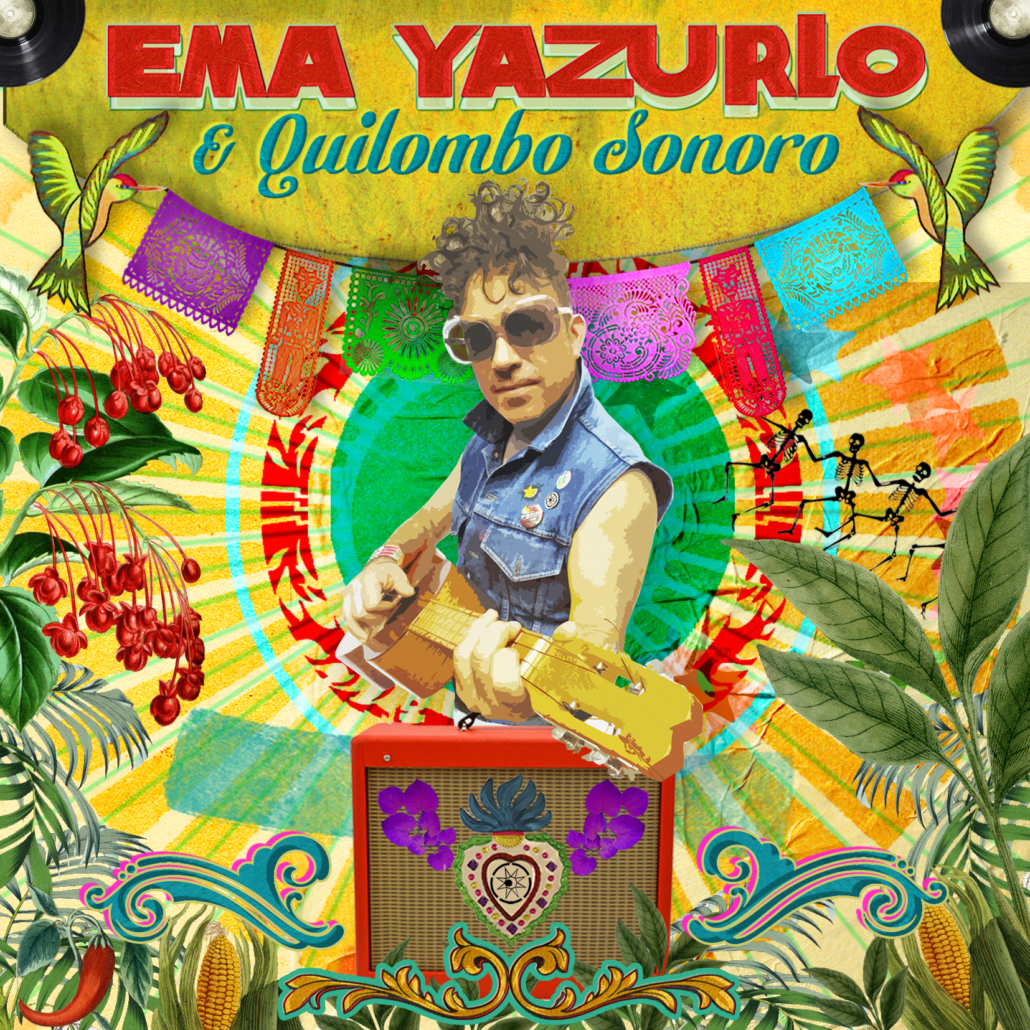 Ema Yazurlo was born in the Buenos Aires neighbour of Haedo, where a lot of very famous musicians and bands of the argentinian modern music history as Arcoiris, Leon Gieco, Aquelarre, Engranaje, Gustavo Santaolalla and Divididos grew up. In this musical environment Ema started to join nocturnal jam sessions playing his first instruments as charango and as a folk singer in the local festivals . In 2011 he founded the latin rock band La Zurda, recording three albums as band leader, working with well-known record producers as Gustavo Santaolalla, Pablo Guyot, Alfredo Toht, Pablo Romero, Mono Morello, Pepe Cespedes, Oscar Righi and Fabrizio Barbacci, and winning several important awards in central and southern America as “La Resistencia” in Mexico and “Best Latin Song” in Miami. He then started his solo career with the help of his combo, Quilombo Sonoro, with whom he toured intensively Europe and the Americas in 2014 and 2015. This self titled album represents an introduction of his long term musical career for european listeners: it includes tracks from south America released albums as “Musika y amor” and brand new songs, plus a new version of “Vidita” that gets him back to the years of the collaboration with the oscar winner Gustavo Santaolalla.